Is Social Media Set To Make The Infomercial Great Again?

They considered it “risky”.

Hosted by two Aussie comedians, it was designed to sell products and showcase the eBay marketplace.

Styled in the ‘90s late-night television, barely scripted, brash and more than a little random.

“We went into it with the right level of nervousness,” said eBay Australia’s chief marketing officer, Tim MacKinnon.

Over 170,000 people watched eBay’s infomercial and, as a mark of success, thousands of units were sold.

“One thousand doonas in 45 minutes,” said MacKinnon. “One of our products even sold out prematurely and the guys on live TV had to handle it. They did well.”

Many brands are beginning to use Facebook’s video platforms, in the same way, looking and thinking about how it will replace television.

It’s nothing new. But this is an advert that viewers are choosing to watch on their Facebook Feeds.

Three more are scheduled on each Wednesday of June, 16 hours of live content.

“Let’s not hide the fact we’re trying to sell products,” said MacKinnon. “We have one in two Australians who don’t use eBay – we want new people engaging with the brand.”

In January of this year, the Wall Street Journal reported that the social media giant was pushing forward with an app for television set-top boxes, like Apple TV, and in February the company’s CEO, Mark Zuckerberg, all but confirmed that he wants Facebook to become the newer, better, television.

“When people want to watch videos or want to keep up to date with what’s going on with their favourite show, they can come to Facebook and go to a place knowing that that’s going to show them all the content that they’re interested in.”

“Facebook Live tells the human side,” said eBay’s MacKinnon. “People are sitting at home in bed on a cold June night watching a live stream on their laptop, or tablet, or whatever, of a couple of guys spruiking an infomercial. They’re enjoying it and they’re buying the product.”

“Some people even commented that they were setting up alarms for next week so they didn’t miss it,” said MacKinnon.

Can you use Facebook Live to promote your brand, and sell your wares? 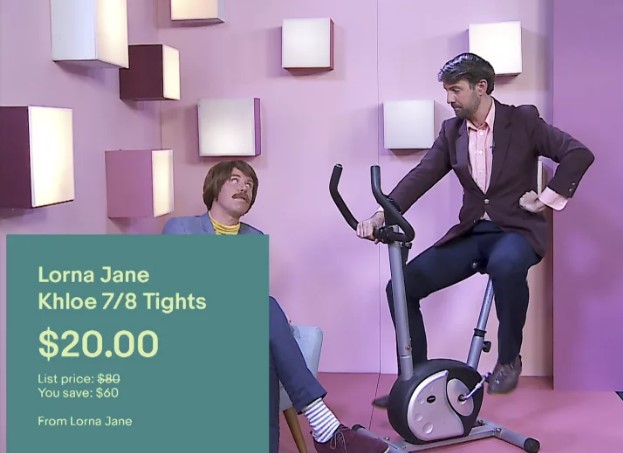